The Best CS:GO Loadouts You Definitely Want to Own

Ever since CS:GO was released, weapon skins have been a huge part of the CS:GO experience. Over the years, this concept has expanded to include gloves as well as CS:GO agents which has allowed for a much higher degree of customization.

The reason this is so important is that it provides players with an opportunity to express both themselves and their gameplay style through their choice of cosmetic items. Players who tend to play aggressively might choose to use mostly red skins in order to express that playing style, while those with a calmer demeanor might go for colors such as green or blue. Other players simply work on the strategy of choosing their favorite color and base their CS:GO loadout around it.

Players might also want to try and gain a gameplay advantage by customizing their CS:GO loadout through the use of colors that blend in well with the environment on a specific map. A good example of this would be players who use a lot of yellow skins on maps such as Dust 2.

While the former might seem like a logical approach, on the opposite side there are players who mostly focus on bright colors that don’t blend in with the environment at all and are easily visible on the battlefield by everyone. Others may just prefer calm and muted tones in order to try and not draw attention to themselves, so let’s take a look at some of the best csgo loadouts: All of these fantastic skins you can easily buy on DMarket. Don’t miss the opportunity, choose the best deals on the market!

CS:GO is one of the most popular video games in eSports and as such, many players have chosen to make the leap to CS:GO careers and play the game on a professional level. Many of the pros are well-liked by the members of the CS:GO community and some of them choose to copy the loadout of their favorite CS:GO celebrity.

Regardless of whether you fit into any of the mentioned groups or not, the important thing is to know that there is no wrong formula here. Everything is subjective and the skins that you choose for your CS:GO loadout should be an expression of yourself and your personal preferences.

Fortunately, there are ways that you can trade or even sell your surplus skins if you want to. If you are looking to get rid of some of the extra skins that are just clogging your inventory space, you can sell CS:GO skins immediately on our platform. 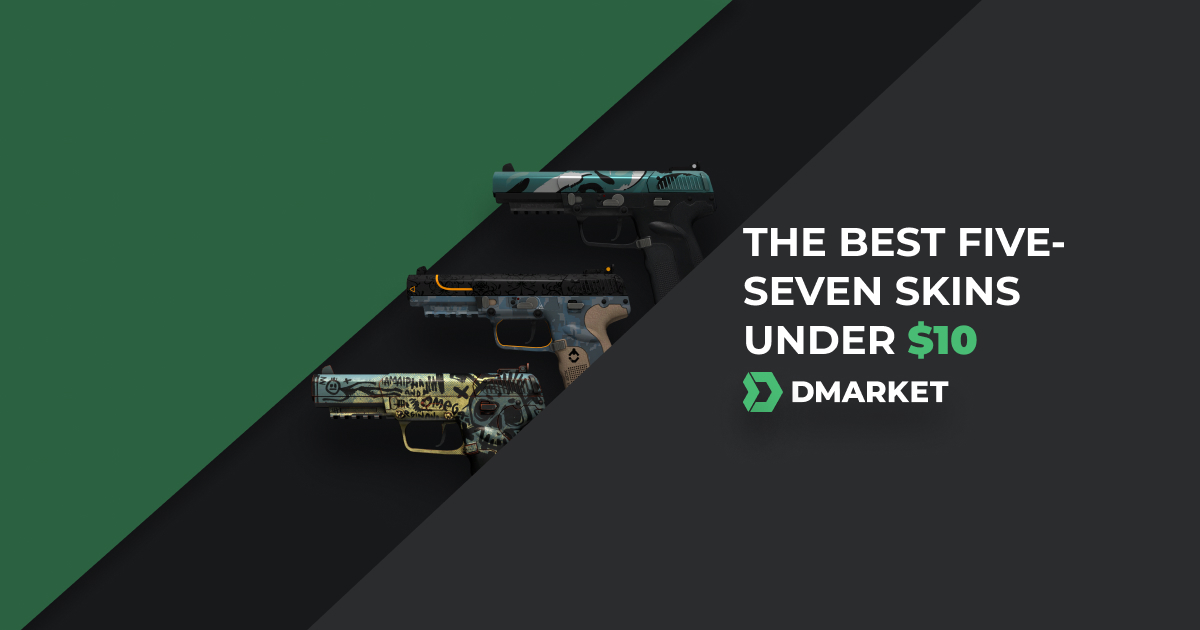 The Best Five-SeveN Skins in CS:GO Under $10