The Void Spirit is the brother of the other Dota 2 Spirits: Ember, Earth, and Storm. Although he mainly stayed in a shelter for some time, now he has joined the battle “to save the Allies, because something is coming."

It’s difficult to understand how players will use Void Spirit, but based on his skills, it would probably be a 3rd or 4th position.

The second new hero is Timbersaw’s aunt, who travels around the world on a giant lizard. On its back, the reptile carries a turret that can be used by the character, whereas the hero herself is armed with a double-barreled shotgun. Despite this ammunition, many Dota 2 fans are expecting the hero to be a support.

In the near future, you’ll be able to buy skins for the new heroes on the 3rd party Dota 2 Marketplaces.

There are two outposts on the map and they are located where the side benches used to be. Right-clicking on the outpost will start the interrupted six-second grip. The more allies that are captured at the outpost, the faster it is. Experience is given both for capturing the outpost and at every 10-minutes interval (20:00, 30:00, 40:00 and so on). In addition, the outpost is surrounded by unlimited visibility and can be teleported to. The outposts are not valid for the first 10 minutes of the game. They cannot be captured at this time.

Now, from those killed, neutral creeps fall out unique items that can not be sold, but can be transferred to allies. Items are divided into five digits. Each time you fall out, the chance of getting an object of the same category is halved. Certain items fall out only once for each team. Items start falling out at 7:00.

There are a total of 62 unique neutral items.

The number of cells in the backpack is increased from 3 to 4.

The chance of falling out uses a pseudo-random distribution for each category and works only if there is a real hero with the dead neutral creep.

Dota 2 DPC Season is in full swing right now. Find out all the information about new tournaments in our article Full Info about Dota 2 DPC 2019 / 2020.

That’s not all the changes in the heroes' abilities. Read the Full lists of abilities changes and items changes at this article. 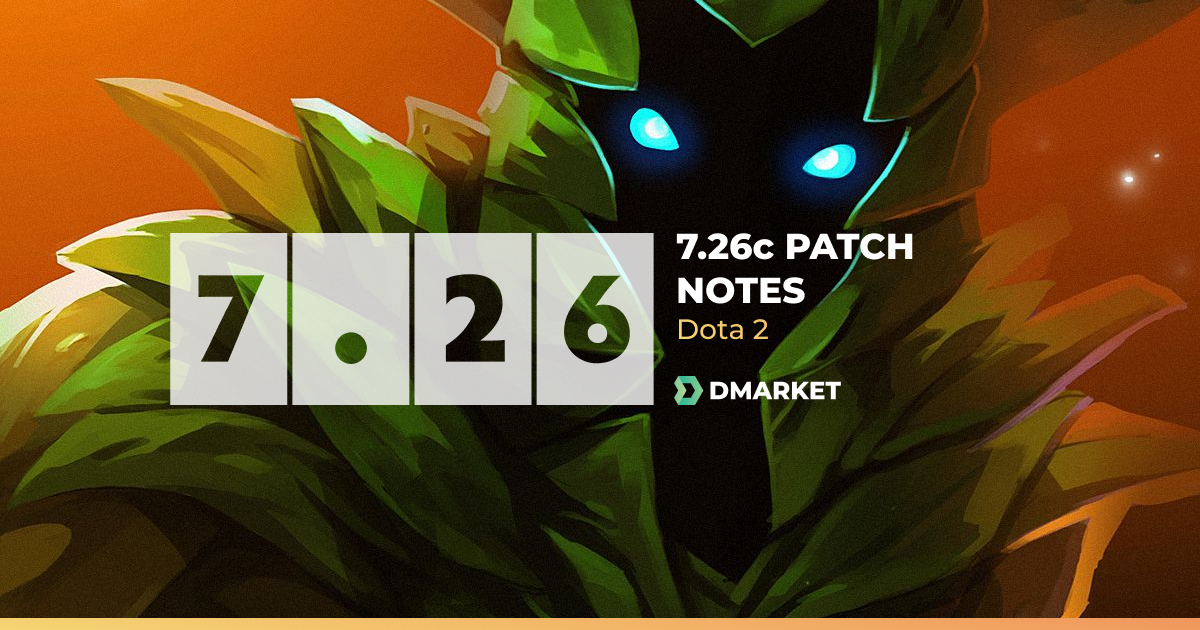 Get Your Veteran Medal Memorabilia!