The Most Popular CS:GO Maps for Matchmaking & Competitions

Shootouts in Counter-Strike: Global Offensive take place in various virtual locations, called maps. Some of them are officially chosen for big Esports tournaments.

Others are available for multiplayer matches, and many players really like them. Also, there are lots of community made CS:GO maps to train on and battle for fun.

It’s quite hard to tell which of the maps are the best. This depends on gamers’ personal preferences. Still, the CS:GO community definitely shares opinions, so some locations are more popular than others.

With game practice, you’ll be able to distinguish your personal favorites among CS:GO maps. Maybe, your choice will match the locations from this list.

For beginners, it’s better to have enough practice in different locations – this will help to develop many aspects of your playing style. Reading our CS:GO guide with CS:GO Tips also may be very useful.

Before we tell you about each map in details, do not forget to buy csgo skins to be able to stand out from the crowd!

Only a few maps are available for such events as Faceit Major: London 2018. The list of these locations, or the CS:GO Map Pool is approved by Valve and can change from time to time.

Maps might be removed from the pool for remastering and return later. This happened with Train, Nuke, Inferno, and Dust 2. This may happen to other maps as well.

There are a few options in the official online matchmaking. Visit the Play section in the left panel of Panorama UI to make your choice:

Popular CS:GO maps invite you to the Bomb Defusal or Hostage Rescue scenarios.

CS:GO events take place somewhere in Italy, in a beautiful town with many narrow streets and a big open market space.

Terrorists took hostages in a big office building. Counter-terrorists spawn on the parking lot and should battle mostly in rooms and corridors.

Somewhere in the American countryside, CT have a chance to prove their power and rescue hostages. Still, T guys might fight feverishly inside of big constructions and on the open space among trees and old technics.

This very popular map represents an Italian town with classic European architecture. Inferno is nicely balanced, and many players just like to play here. The map is one of the most visually beautiful in CS:GO.

The style of this map reminds about a desert and intense heat. Players jump into virtual Moroccan settlement with rather a sandy environment and many dangers around. Mirage is a canonical CS:GO map every player should try.

Somewhere in virtual Berlin, terrorists and counter-terrorists fight each other on a canal overpass. One team tries to destroy a military shipment whilst the other protects it. This map is interesting due to its many possible passageways for players. It’s often chosen for professional competitions.

What about playing CS:GO in a Russian railway depot? There are nuclear payloads, and the T team is going to detonate them. Many various strategies are possible here. Even in seemingly huge open spaces, players can find many convenient obstacles to hide behind in search of good positions.

This map is classic for Counter-Strike. In the GO version of the game, the improved Dust 2 map replaced the original one, but its atmosphere is the same, so many players enjoy the location very much. Events take place in a Middle Eastern town. It has both open spaces and closed rooms – for your various tactics.

A virtual nuclear plant is under attack. This happens somewhere in Germany. The map is rather small and therefore might be a bit difficult for newcomers. Both bombsites are inside the same construction but on different levels – that’s quite unusual for CS:GO.

The danger of a huge explosion comes close to the Chernobyl Power Plant in Ukraine. Cache has lots of closed rooms, and even open spaces don’t look very big. Choosing position and being good in close battle is especially significant here.

You’ll find here a big location with old constructions, similar to a medieval castle. The map is popular for competitive and casual matchmaking – it has a unique atmosphere and gives tactical freedom to players.

This map strongly reminds of Venice – by the architecture and, of course, by many canals CS:GO. It’s not the most popular CS:GO map, but still, it’s quite interesting and unusual. Many players enjoy being here, explore historical buildings and experiment with playing styles.

All CS:GO maps are like unique worlds with particular rules (except Danger Zone - The Battle Royale mode). You need to act accordingly to the playing map, remember possible positions, ways and map callouts here, understand the tactics of your team and your opponents.

Game practice will teach you all the details. The experience of watching CS:GO Esports matches will teach you some tricks for individual action and also about teamwork.

It’s a nice idea to have enough game practice in each of the popular maps or on CS:GO training maps and at least try some others. Such teams as Astralis (winners of Blast Pro Series in Istanbul) and many other prestigious tournaments are especially strong due to their ability to play effectively on many maps.

For offline training or games with friends on your server, consider using some of the CS:GO console commands – they help to make various game aspects more comfortable for you and to set some special conditions for practicing particular skills. 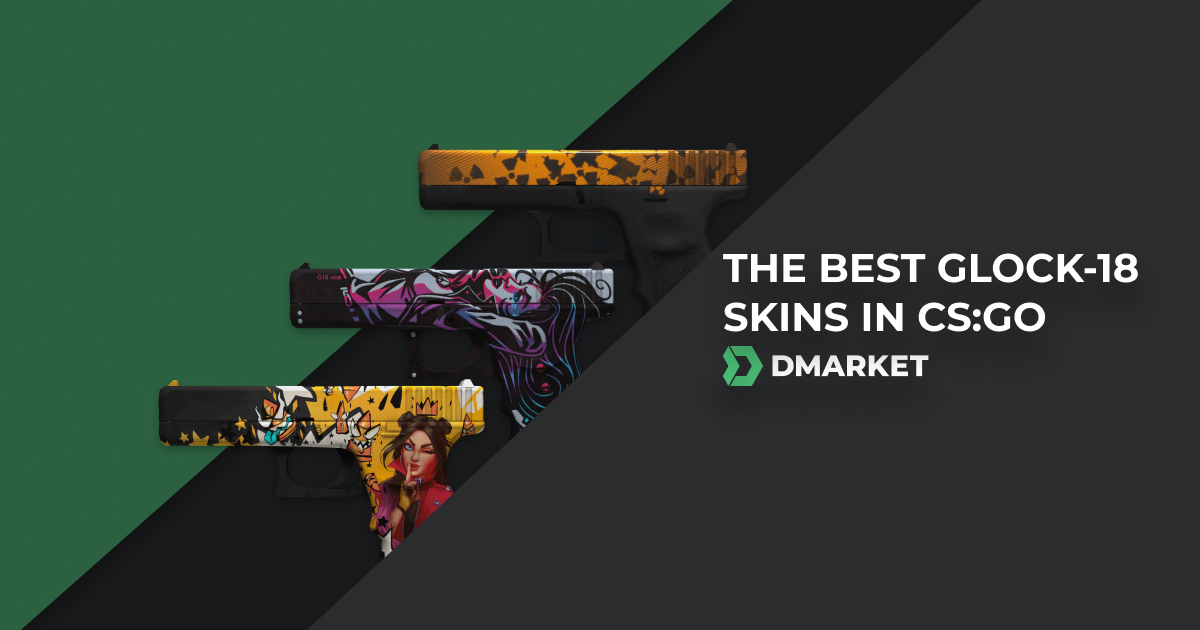 The Best Glock-18 Skins That Will Improve Your Inventory