The biggest problem for many (mostly young) gamers who dream about a professional esports career is the lack of proper hardware. High-end gaming computers are super expensive. And even if you manage to buy one, in a year or two, the GPU and CPU manufacturers may offer something even better.

Having a fast PC is crucial for CS:GO, Dota 2 (and in fact any other) esports. So, can the advanced technology of cloud gaming solve this issue and open doors to esports to everyone in the world? Today on the DMarket blog we take a look in more detail on whether esports and cloud gaming are a good mix.

When it comes to developing your esports career, there are lots of other crucial aspects to think of. And looking cool in the gaming world is just one of them. Thanks to our marketplace, you can buy CS:GO skins and Dota 2 items to make your online presence awesome to the max!

What Is Cloud Gaming and How Does It Work?

A company has lots of powerful computers. They are stocked in a remote data center and always available for users. A user connects to these computers through their laptop/tablet/smartphone. The remote computers run games and the users receive their videos through the Internet. Cloud gaming is very similar to watching YouTube videos, with a very significant difference in that players also send signals to the server, not only do they watch the video - they actually control the game.

Cloud gaming allows players to still play modern games on outdated devices or on such gadgets that aren’t made for gaming at all. What about playing CS:GO on your phone? Or about enjoying Cyberpunk 2077 with ray tracing on your 10 year old laptop? It’s absolutely possible with cloud gaming! You can delve into Dota 2 and think about the best heroes to win instead of bothering with flames from your GPU fans. So, how does cloud gaming work? What hardware do you need to use this technology?

Where to get a cloud gaming subscription? That’s the tricky part.

Quite a few big companies already offer their cloud gaming services. These can be very different from each other. You can play games from your Steam, Epic Store, and UPlay libraries. This cloud gaming service is the best for free-to-play titles, such as CS:GO, Dota 2, Team Fortress 2, League of Legends, Fortnite, Apex Legends, and many more. Still, you may not find some popular titles here - like Call of Duty or FIFA. The price is pretty good though.

Sony created this game streaming service to allow PC and PlayStation users to play PS2, PS3, PS4, and eventually PS5 games. You pay the subscription fee and get access to over 800+ games.

For a long time, this was the subscription service that gave unlimited access to many games. Since September 2020, Xbox has offered cloud gaming with Game Pass for Android devices. Although it’s worth knowing that the number of games is not as big as with Game Pass on the Xbox consoles or PC.

When Google decided to get into the subscription gaming market, they made their own platform as a kind of competitor to Steam. You need to buy games to play them through Stadia. Premium users regularly get free games.

$9.99 per month - in the Chrome browser or through the Android app

Amazon also joined the party with their cloud gaming service. You choose a subscription plan and get access to a list of games - for example, to all the Ubisoft games.

This is an offer from a not-so-big company, but it’s quite similar to Luna. Vortex has three subscription plans with different numbers of games although it does come with limitations on playing hours per month.

And the question that arises in many minds right now - what can I get for free?

The best answer is - try out cloud gaming services through free trials to decide whether the technology works well in your situation. Then it would be better to get a subscription. In the grand scheme of things they are not that expensive, and what’s more, you can earn enough money to pay each monthly fee by selling CS:GO skins that you don’t use in the game.

Even if the idea of cloud gaming is very promising, the technology still has lots of flaws, which also make the esports experience not quite perfect. Here are the downsides.

You need a super-fast Internet connection to play games through the cloud, and still, the number of frames per second can’t reach the level of a high-end gaming PC. FPS is quite significant for esports, where moments of delays in actions may cost you the victory. Get more info in the article FPS in CS:GO - How Many FPS Do You Need?.

Theoretically, ping with cloud gaming should be better because the server is located near big Internet hubs and has a very good connection to the network. In practice, you get an additional delay - sending commands to the server and only then getting an image of the action.

There are so many factors that can cause lags during cloud esports matches - from problems with your Internet provider to all those neighbors who suddenly decide to start watching 4K Netflix.

Another issue with esports through cloud gaming is the lack of games. Nvidia GeForce Now is the best option right now for CS:GO and Dota 2 esports. But what about, for example, fighting games? You can get Street Fighter V with the PS Now subscription but not Tekken 7 or Mortal Kombat 11. And there is still no service with CoD. This issue is rather a minor one - the biggest esports disciplines are covered after all.

Do you want to know how to play CS:GO better? Take a look at these 33 Tips on How to Rank Up in CS:GO!

Some technical aspects are complicated with cloud gaming. For example, you can’t use your CS:GO autoexec file. On the other hand, you can play with the standard keyboards, mice, and gamepads. In general, you really can get into esports through cloud gaming. The technology gives amazing opportunities to get access to the most popular games without purchasing costly equipment - hopefully through this article you’ll have found your favorite subscription service. It’s a great chance for so many people to try out their skills, get passionate about esports games, and practice regularly. But at some point, you might want to get that equipment anyway - probably, after proving yourself through the cloud, it would be easier for you to join a famous esports organization, get a good sponsor, and have regular money coming in directly from esports tournaments.

If this sounds amazing and you want to build your career in esports, check out our article 9 Easy Steps to Start Your Pro Career in CS:GO.

While practicing CS:GO or Dota 2, you will definitely get many cosmetic items. You can trade skins on DMarket to create your perfect inventory. 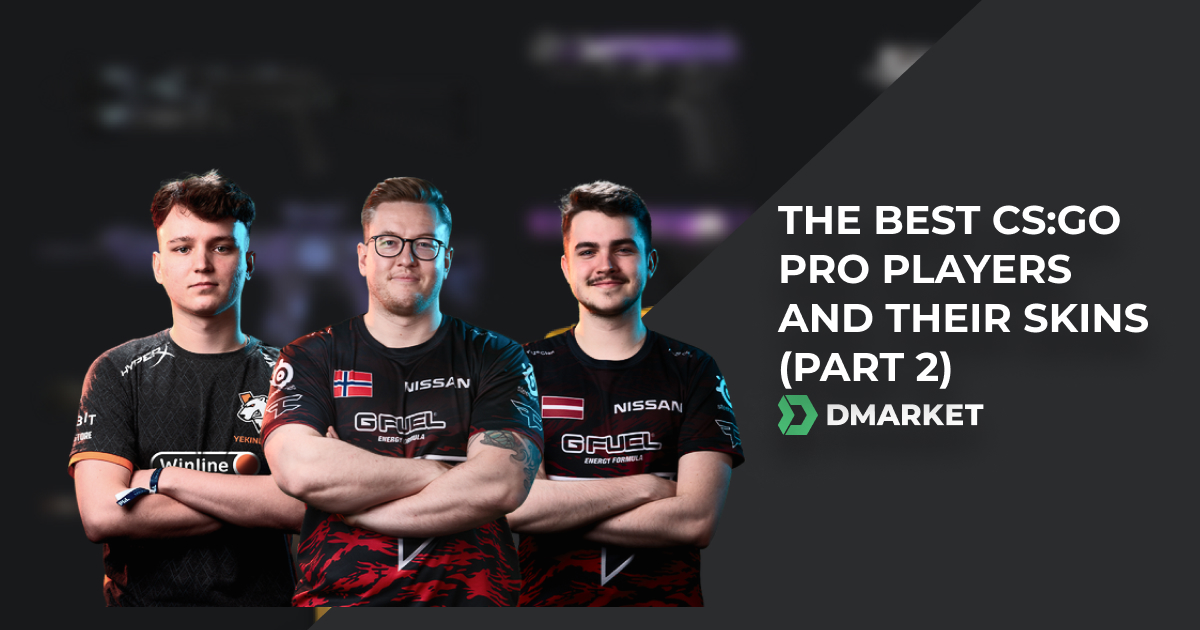 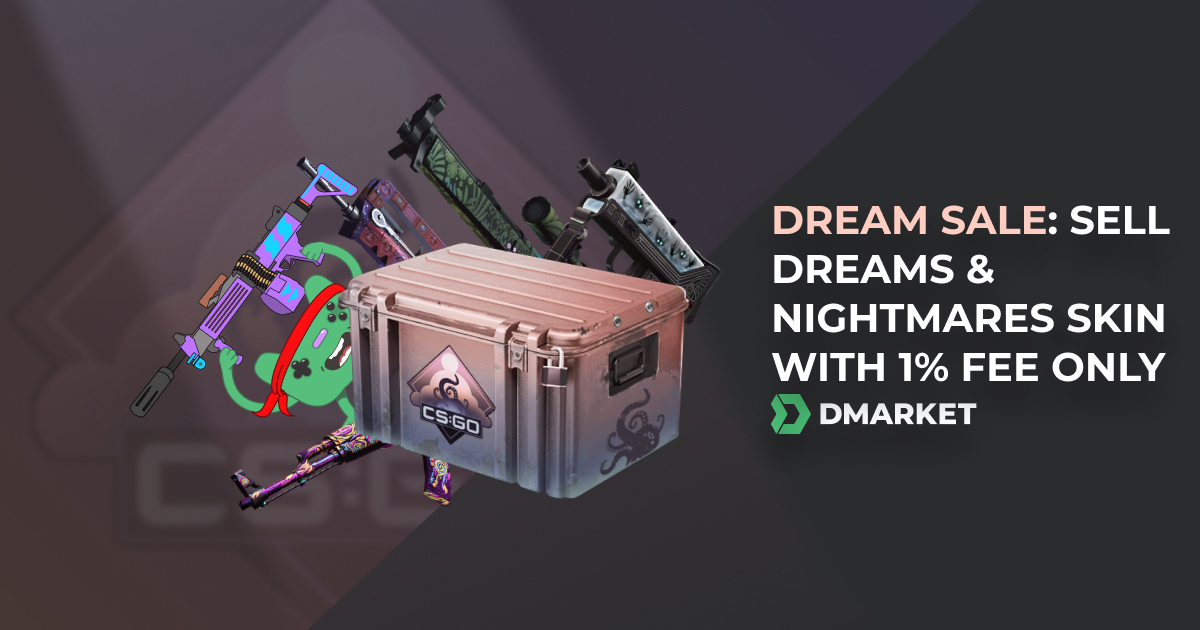 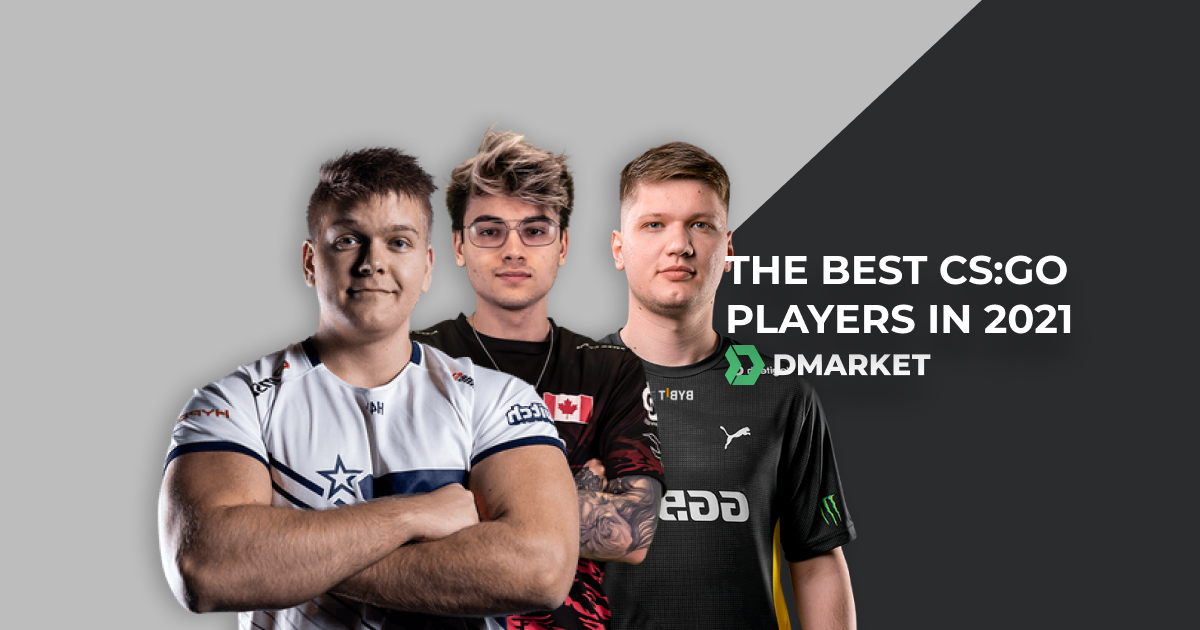