So, you’ve decided to jump into this legendary shooter. Beware, because Team Fortress 2 is super fun and can be addictive. You may suddenly find yourself starting multiplayer matches again and again, collecting an amazing variety of skins, and improving each and every small aspect of your skills.

TF2 has been around here since 2007, which makes it one of the longest-running and most successful games ever. Do you still want to try it out? Then we are here to help make your first steps in this hilarious adventure easier. With this guide, you will discover the primary features of all TF2 classes and how to play each one effectively.

Who Are You In The Battle?

Unlike CS:GO, where players have only terrorists and counter-terrorists, Team Fortress 2 offers nine classes of characters. Each has unique weapons and can perform a specific role in team play. Such a division is a bit similar to the roles of characters in MOBAs, such as DOTA 2. All TF2 characters are:

Characters of this group are very good at attacking opponents. It’s a crucial role for capturing control points and the intelligence briefcase, for becoming King of the Hill, and pushing the opposing team away from their cart. This hero is a basic attacking power of a TF2 team. He uses three default weapons:

With his rockets, the TF2 Soldier causes significant damage and allows teammates to take some territory under their control. He has a big storage of health and can play well, even in defense. He is the TF2 best class for beginners.

This guy combines a great advantage with a bitter weakness. While the TF2 Scout moves super fast, his health is very low. In the game rounds of Team Fortress 2, this character uses such default weapons as:

It’s not so easy to use Scout when you’re a beginner. You should get to know the game properly, including the maps, to get the most from his high speed. Scout rushes into the enemy’s territory, causes quick damage, and then runs away to save his life. He is very good at capturing control points and pushing the cart - the Scout does this two times faster.

The attacking style of this TF2 character is not so straightforward as the Soldier. The Pyro is the most effective in a short range, so he can be used to sneak into the area of enemies to burn them down. Default weapons for this guy are:

Learn the maps to know various shortcuts and burn opponents unnoticed. Pyro should run after revealing himself to look for other victims. He is among Team Fortress characters for beginners because you don’t need to be good at aiming.

In all the game modes, defensive TF2 classes are very significant for the team. They protect control points, carts, and the intelligence briefcase, and they are crucial while playing King of the Hill. These characters back up the offensive guys (Scout and Pyro) when they decide to retreat. He creates powerful explosions which can strongly damage many opponents. Default weapons of the Demoman in Team Fortress 2 are:

It’s quite difficult to control the TF2 Demoman, so beginners are advised to avoid this character until they have enough playing experience. The Demoman should become a hidden power of a team and not rush into face-to-face battles. His explosions are devastating, though. It’s a good decision to invest time in mastering him, even if the process may seem challenging.

While playing TF2 as the Engineer, you rarely fight other characters directly. Use this class to create special buildings that automatically shoot at opponents, heal teammates, or work as teleports. With the Engineer, you are using default weapons such as:

Of course, the Engineer uses his weapon only as support in the primary mission. His buildings create a nice cover for the team. Make a relatively safe zone with Sentry Guns, support attackers with Dispensers, and speed up the general offense with Teleporters. Engineer creates these buildings with Construction PDA. in the matches, he often uses Destruction PDA to place the buildings in new locations. You need to know the TF2 maps and possible team strategies very well to make your Engineer really helpful.

He is the biggest man in the game with the most dangerous weapon. His powerful advantage is a huge amount of health. His weakness is very, very slow movements - especially when the Heavy is firing his primary gun. Default weapons for this TF2 character are:

Be very careful with the Heavy - never forget that he is a defensive TF2 class, so you should keep him behind the backs of attackers. On the frontline, slow movements make the Heavy super vulnerable. The Medic is the best partner for this guy, as well as the Engineer’s buildings. Heavy protects them and they support his good health and ammo.

There are three Team Fortress 2 characters that do not participate directly in offensive and defensive actions but they help all the other guys to be more effective. He is a tricky guy. It’s quite difficult to play as the Spy and it’s really hard to deal with such an opponent. He collects valuable information for his team by sneaking behind the enemy’s back. Of course, the Spy can hit that back really hard and make the offensive task much easier. Default weapons of this TF2 character are:

Apart from these weapons, the Spy uses:

You need be very good at playing all the other characters to become an effective team player as the Spy. Very good knowledge of the maps will also be handy. Medics and Pyros can expose the true nature of this guy, so the Spy’s tricks are not an ultimate protection.

He is the most direct support in Team Fortress 2. The Medic heals teammates and helps them continue the battle without any breaks. He uses:

The Medic is a super important part of any TF2 team, and playing as him is quite accessible for beginners. The only negative aspect is losing the fun of splashing the blood of your enemies all over virtual walls. To be a good healer, you should know who to help in different situations. Your best buddy will be the Heavy guy.

Use this guy to kill opponents from a safe distance. Default weapons of the Sniper are:

While playing as Sniper, you should occupy the best places on the map to see the opposing team perfectly well. Also, you need to understand possible strategies and roles of all TF2 classes - to know who to choose as your next victim.

Team Fortress 2 is a unique shooting game. It’s never as serious as Counter-Strike. It opens very interesting team strategies. The matches here may really differ from each other - and there are a variety of best TF2 classes that will suit your mood and deliver fresh excitement each time.

DMarket unites all gamers! Stay with us if you like playing Team Fortress 2 and check out interesting and helpful posts about this game (in addition to the possibility to trade TF2 items). Let’s keep in touch on Facebook and Twitter. 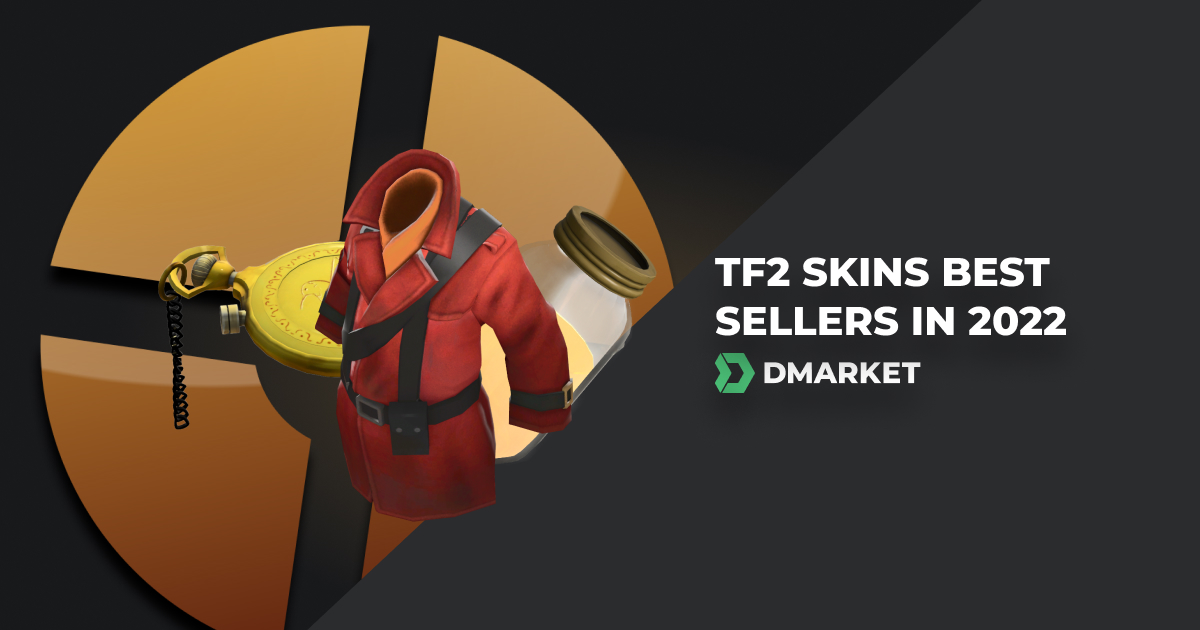