The most interesting class in Team Fortress 2 is the Spy. Having the ability to put on his Disguise Kit at any time, the Spy helps the team get rid of evil opponents. Agility, abruptness and stealth are the main characteristics of this character. Of course, everything that embodies these features requires good skill and experience to play at their fullest. For this reason, many newbies ask TF2 how to play Spy correctly. Being a Spy, you have an opportunity to kill anyone in their back, while remaining quiet and secretive. Enemies are afraid of you, because they cannot see you and may confuse you with an ally. In today’s article, we have collected the best TF2 Spy tips for your better game experience!

By the way, if you are a new player, you should take into account our TF2 guide for beginners. Now we are ready to start!

Why Is It Worth Playing as a Spy?

Working alone, the Spy helps his team remove various characters from the battlefield to make the opposing team even weaker. It is difficult to notice a Spy, since the invisibility is removed only in the case of using a weapon. However, you should still be aware, because any attack, even past you, can expose you.

The Spy’s standard set contains a butterfly knife, cloaking watches, revolver and a Sapper. The backstab guarantees a kill in case of an attack from the back. The favorite strategy of a Spy is to disguise himself as an enemy, come up from behind, kill the Engineer, and destroy his buildings with Sapper.

The Disguise Kit allows you to become invisible for 10 seconds. This time is enough to get around the enemy and kill from the back. It is very convenient, because the deceased character disappears immediately after the murder and no one sees that you were spying on him. You need to wait 30 seconds for the cloaking watches to recharge. While in invisibility, you can do whatever you want. For example: pick up weapons, cartridges or metal that extend the invisibility time.

Among the Spy’s knives are Conniver’s Kunai, Your Eternal Reward, Big Earner, Spy-cicle, and, of course, Butterfly knife. You also should learn more about the best cheap TF2 skins for a better player experience. You can replace the Revolver with such guns as Big Kill, Enforcer, Ambassador, L’Etranger, and Diamondback. Each of them has their own pros and cons, so only you can choose one of the best TF2 Spy weapons.

Revolver deals 60 points of damage to the enemy as long as you shoot at point-blank range. The further you stand from the enemy, the less damage you will do. The Supper helps to get rid of annoying buildings, which were made by the Engineer. By placing a Supper, the building immediately starts to shut down and stops working. The lower the level of the building, the faster it dies.

By the way, you can also trade TF2 skins with other players or buy something new and interesting to improve your Spy skills.

Take a look at the best TF2 Spy tips to improve your skills and chances of winning!

Don’t Get Close to Enemies

The Spy is a rather dangerous class of characters. Thus, many players will check for the presence of a Spy. They can shoot you to make sure you are not the enemy. And as we said above, any shooting exposes a Spy for 1-2 seconds. Be careful.

Try to Avoid the Scouts

Try not to contact the Scouts as much as possible. They are fast enough to catch and expose you. Scouts can test you with Force-A-Nature, which knocks back a disguised Spy. They are very unpredictable so it will be difficult to come up from behind and kill them. If you come under fire from a Scout, shoot him with a revolver, but do not get close.

If you see how a medic heals one of the enemy characters, you should first kill him. Medic is the easiest target class for a Spy. By the way, you can disguise yourself as an enemy (it is better to use the Soldier character) and then the medic may think that you are an ally and heal you. Disguise makes it possible to call an enemy Medic for help. After that, you can kill the Medic coming up from the back.

Switch on to a 3D Player Model

Watch Your Hand When Next to Allies

If your hand flies up, when approaching the back of an ally, you should understand that this is a disguised Spy and hit him. After all, a disguised Spy does not expect a kill in the back. If you have identified the disguised Spy differently, try to take him around the corner and kill him.

How To Play Scout in TF2 | The Best TF2 Scout Tips 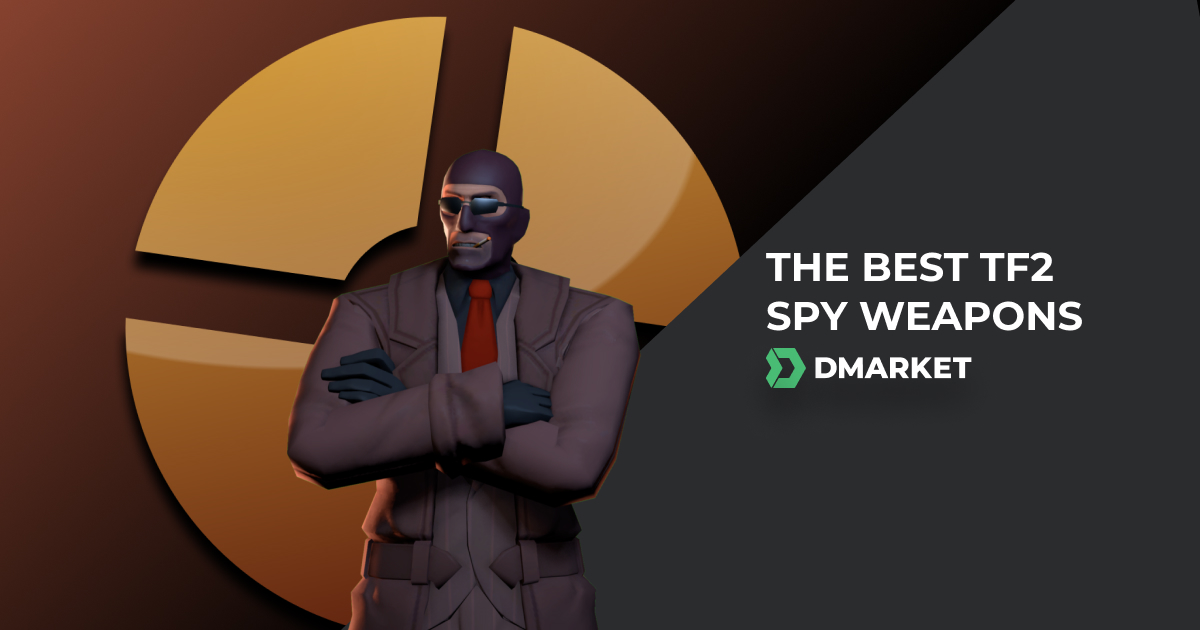