Revenues on the Rise

Among current gaming industry trends, this one is the most stable, remaining relevant year after year and even decade after decade. According to research firm Newzoo, global games market revenues have been growing at double-digit rates since at least 2012, and the pace is expected to keep up at least until 2021.

As for 2018, Newzoo forecasts a revenue increase of 13.3%, or $16.2 billion compared to the previous year, up to $137.9 billion. About a quarter of global revenue is going to come from the world’s largest games market – China. China is also home to the biggest gaming company by revenue. Not only does Tencent greatly surpass Sony, Activision Blizzard, and other industry giants, but it is also the 9th largest company in the world, which perfectly illustrates how big the games market has become. Tencent could even claim the top spot by 2025 if it keeps growing at current rates.

The whole industry is on the rise, but the mobile segment stands out with its expected +25.5% annual growth. This means that in 2018, for the first time ever, more than half of total game revenues (51%, or $70.3 billion) will be generated by smartphone and tablet games. The console and PC segments are expected to stay relatively on par, with 25% and 24% market shares respectively. Astonishing revenues generated by mobile games encourage developers to pay even more attention to the segment. With such hot titles as PUBG and Fortnite introducing console-quality mobile versions, simple casual games are no longer uncontested on phones and tablets. The number of cross-platform games with a mobile option is going to increase in 2018, as well as a selection of mobile-only titles with advanced graphics and enhanced gameplay. For that reason, average mobile game sessions are expected to get longer, and that’s another tendency in our list of video gaming trends.

However, with about 2.3 billion people already playing games, the industry’s challenge of attracting new buyers is getting harder. That’s why new developer strategies to expand gaming audiences are among the hot gaming trends 2018.

While East Asia, North America, and Europe account for the lion’s share of global games revenue, some other regions have tremendous yet unrealized potential.

The least developers can do is provide proper localization of games for the market, which is already a key trend in the mobile segment.

If you still associate gaming with teenagers, the time has come to reconsider your position. According to a Filmora report, only 22% of gamers worldwide are under 20 years old, while as many as 43% are aged between 36 and 65. Add the 21-35 age category with its share of 35%, and you see a massive number of people with a decade (or even decades) of gaming experience. Given that nostalgia is an integral part of human nature, game developers hit the bull’s-eye when they started to remake and remaster iconic older titles. Some of them are not old enough to become outdated, but remastered versions enhance their graphics, streamline gameplay, and thus prolong the titles’ lifecycles. Take DARK SOULS™: REMASTERED or Skyrim: Special Edition, for example. Other remakes and remasters resurrect the real old-school legends. From Mega Man Legacy Collection to the new Shadow of the Colossus – such games vary greatly by genre and years of origin, but they all generously allow us to enjoy timeless classics on modern platforms.

By the way, nostalgia is not the only driving force behind the rise of retro gaming. Children and teenagers also find it fun to play such classics as Contra or Prince of Persia on their phones.

The controversy over microtransactions increases as fast as the revenue from them. Several countries including China, Japan, Belgium, and the Netherlands already classify in-game loot boxes as gambling. However, the tremendous profitability of microtransactions assures that games companies won’t stop utilizing this business model. It’s more likely that they will try to use less controversial microtransaction strategies like the ones based on cosmetic items that don’t impact gameplay. We’ve already seen Star Wars: Battlefront II turning from game-changing loot boxes to cosmetic ones, and other developers have to learn from EA’s mistakes.

We can also expect new service-based monetization models to emerge at the junction of money-making intentions and public pressure.

Odds are, 2018 is likely to be a banner year for eSports. According to Newzoo’s figures, the total revenues in eSports have already reached $906 million with robust YoY growth of 38.2%. Thus it’s no wonder why large Venture Capital funds have started investing in the eSports sector. The number of global venues purposefully designed to host eSports contests is exponentially increasing. For instance, Blizzard can already boast of its immense eSports battle arena in Burbank, California, which has been set as home for Overwatch competitions. Arlington, Texas is proud to have the largest stadium in the US that welcomes competitive gaming. Other iconic sites like New York’s Madison Square Garden, Staples Center in Los Angeles, and Air Canada Centre in Toronto are regularly engaged in the widely expanding eSports rush.

The Wall Street Journal estimates the global number of eSports eyeballs in 2018 to exceed 380 million. Even Intel decided to double down on eSports by officially sponsoring the PUBG Global Invitational 2018 that started off on 25 June in Berlin. John Bonini, a VP/GM of VR, Esports and Gaming at Intel is a passionate gaming evangelist who is deeply concerned with a solid confluence between VR and the gaming industry.  The company provided gamers with top-notch configuration sets, which enable seamless playthrough and skyrocketed user experience.

All in all, the future of VR looks very promising and inspires great confidence that VR-fueled solutions will further energize the video games space.

The blockchain is revolutionizing many sectors and gaming is no exception.  Many recent conferences and conventions dedicated to implementing blockchain in gaming showcase its urgent applicability. On the one hand, gamers are seeking more robust and secure solutions, and on the other hand, investors are showing an increasing interest in putting capital into the video games industry. Last year’s initial coin offerings totalled over $5 billion and this growing tendency is showing no signs of stopping.

Battle Royale Games Are on Top

More and more video game developers are adding battle royale modes in their titles. The phenomenon of such games as PUBG and Fortnite is globally known and the secret of battle royale’s success is quite clear – immersive last-man-standing gameplay paired with pitch-perfect survival challenges. What makes it more enticing is the ability to play battle royale-based games online. No single-player title with humdrum NPC interaction can withstand competition with mesmerizing online communication with real-life contenders.

Keep in mind that mobile gaming is already the biggest and still the fastest growing segment of the video game industry, that’s why you should read the article about the best handheld console 2018!

Did we forget anything? Share your thoughts in comments and keep on gaming. Don’t forget to follow us on Facebook and Twitter to be in touch with all the latest trends in the sphere of gaming. 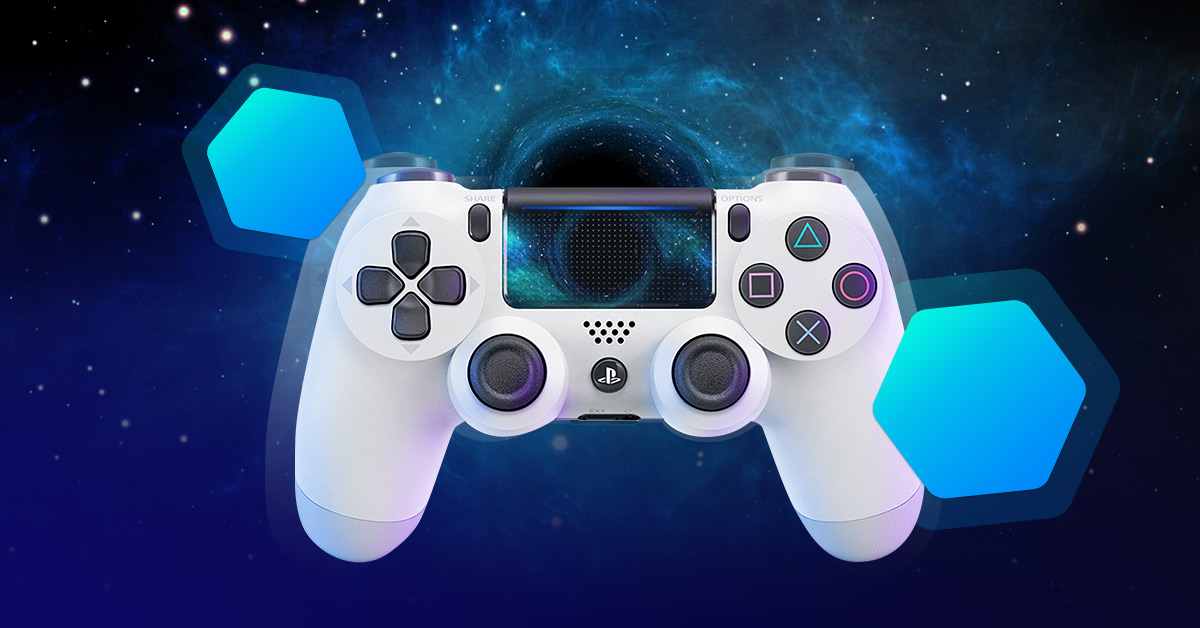 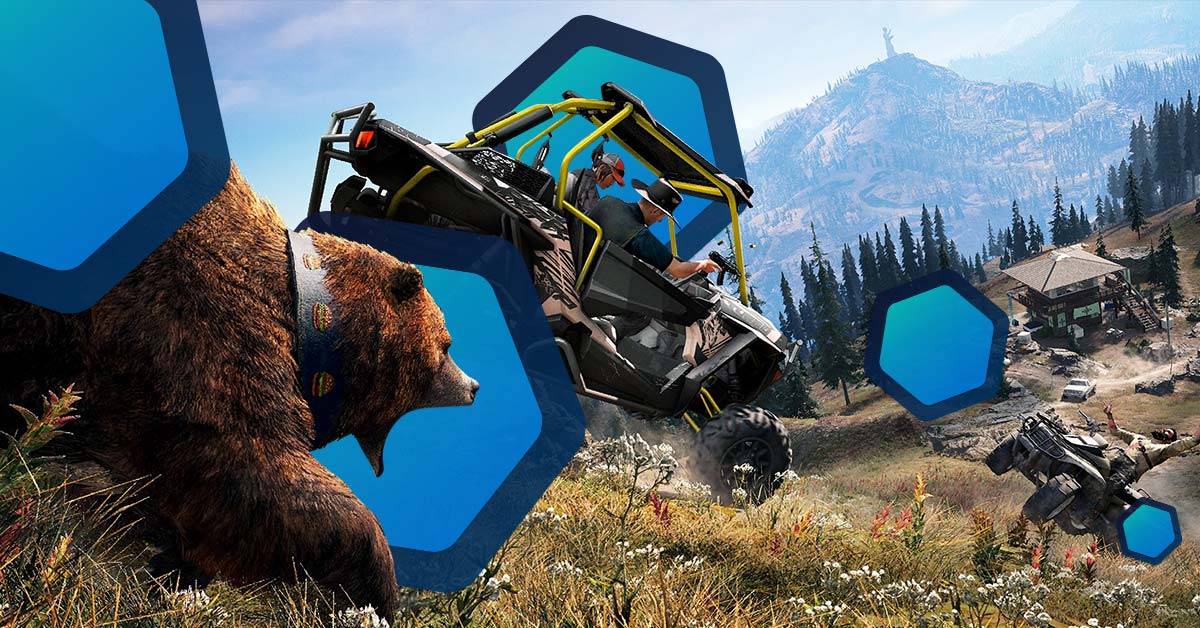